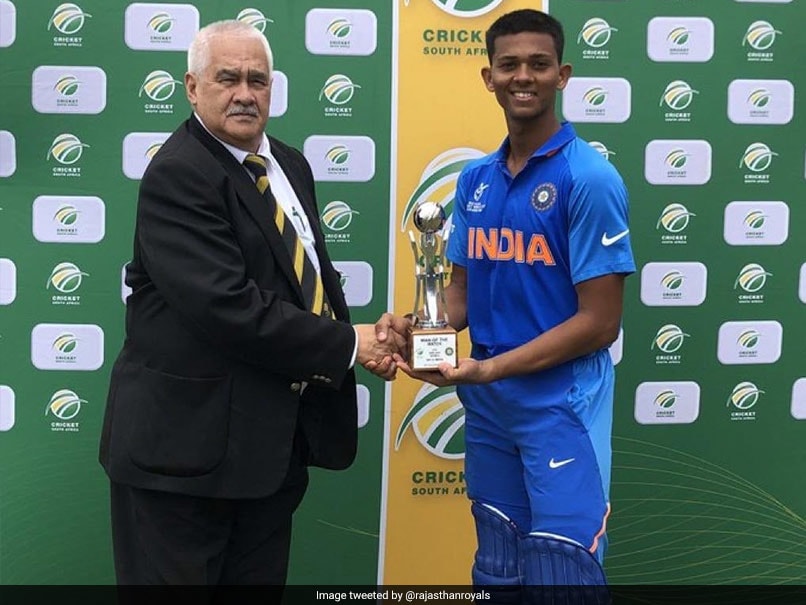 India U-19 on Saturday beat South Africa U-19 by eight wickets to take a 2-0 lead in the three-match series being played between the two sides at the Buffalo Park in East London. South Africa were put in to bat first after India won the toss and ended being bundled out for 119 in under 30 overs. This was despite South Africa being 71/2 at one stage. Yashasvi Jaiswal took four wickets in 3.5 overs while Akash Singh, Atharva Ankolekar and Ravi Bishnoi got two wickets each.

Jaiswal then went on to star with the bat as well, scoring 89 off 56 balls after India lost two early wickets. Both Priyam Garg and Shashwat Rawat were dismissed for ducks but Jaiswal took the attack to the opposition with Dhruv Jorel on the other side and took India to victory.