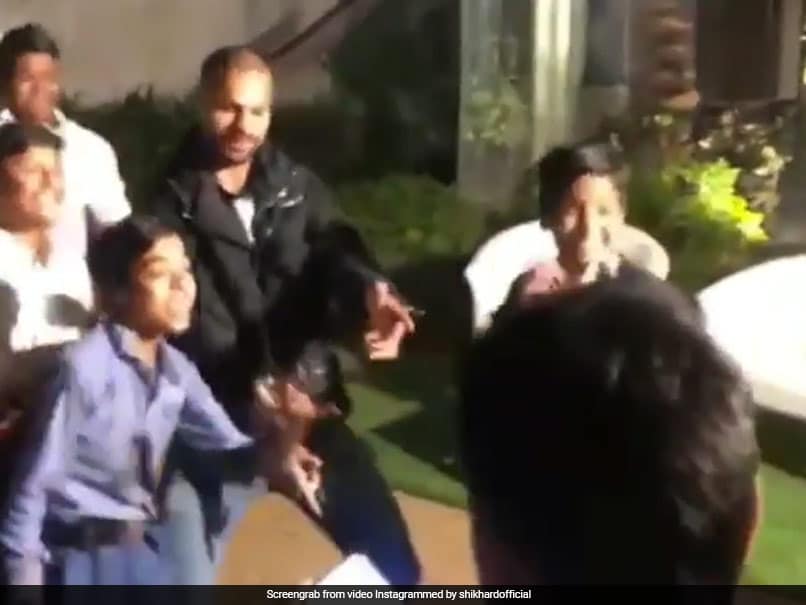 Shikhar Dhawan let loose despite his recent knee injury in the video he shared on Instagram. © Instagram

Shikhar Dhawan is currently recovering from a knee injury but he didn’t shy away from shaking a leg with some children.  “There’s always a child inside you,” Shikhar Dhawan captioned a video on Instagram, dancing with some children. “I loved spreading happiness to the world and it was lovely to see these kids dancing and expressing themselves by bringing out their inner beauty,” the Indian opener added. In the adorable video, most of the kids are seen with huge smiles on their faces as they dance with the cricket star, who is in his usual cheerful avatar. One kid in particular, seen in the front in a blue shirt, steals the show with his swagger and enthusiasm.

The video was watched over 20,000 times within 20 minutes of Dhawan uploading it on Instagram.

Fans flooded the comment section with heart and heart-eyes emojis.

Dhawan, who made his international debut in 2010, has been a key player for the national team, especially in the International Cricket Council (ICC) tournaments.