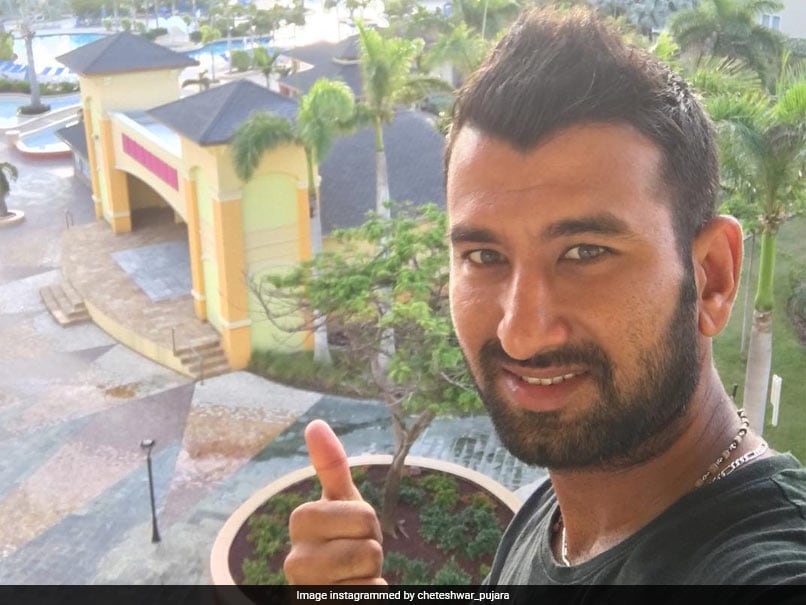 Cheteshwar Pujara turned bowler and picked up a wicket on his second ball. © Instagram

Shikhar Dhawan and Cheteshwar Pujara both utilised their time away from international duties by playing for their respective Ranji Trophy sides. The two batsmen had a mixed outing for their respective sides. While Dhawan scored a century for Delhi, Pujara hit a fifty in the first innings but failed miserably in the second innings. Apart from batting, Pujara even contributed with the ball as he picked up a wicket on his second ball. He removed Uttar Pradesh’s Mohit Jangra for seven. Pujara, who is not known for his bowling, took to Instagram to share the video of him taking the wicket and his celebration thereafter. His international teammate Dhawan decided to take a dig at his running between wickets and trolled him. While praising Pujara’s bowling, Dhawan commented, “Bhai kabhie itne tez sprint running karte waqt bhi maar liya kar. Well bowled waise“. 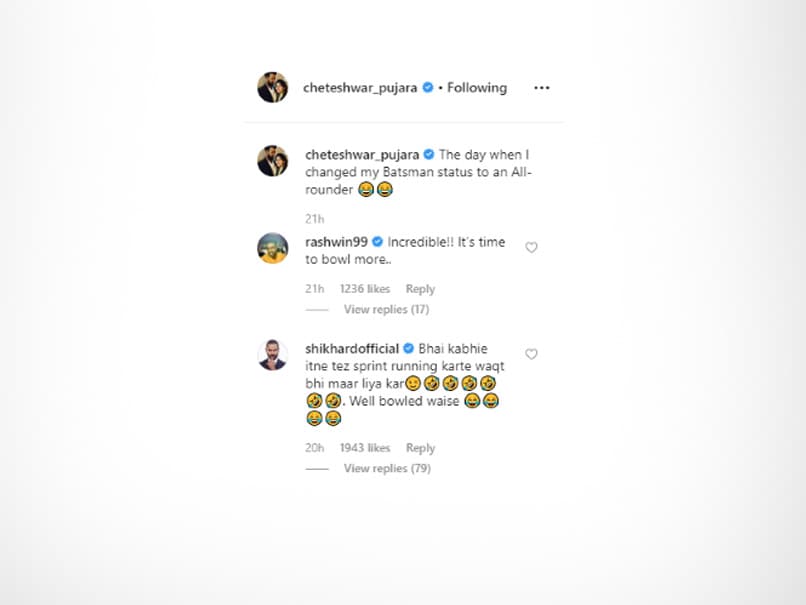 In the second innings, Saurashtra were bundled out for a meagre 120 runs. The win by an innings margin helped UP collect seven points, while Saurashtra went pointless.

For Delhi, both their senior players Dhawan and Ishant Sharma starred as they defeated Hyderabad by seven wickets.

Dhawan led wit the bat scoring 140 and 21 in the two innings while Ishant spearheaded their bowling attack, claiming eight wickets in the match, four in each innings.