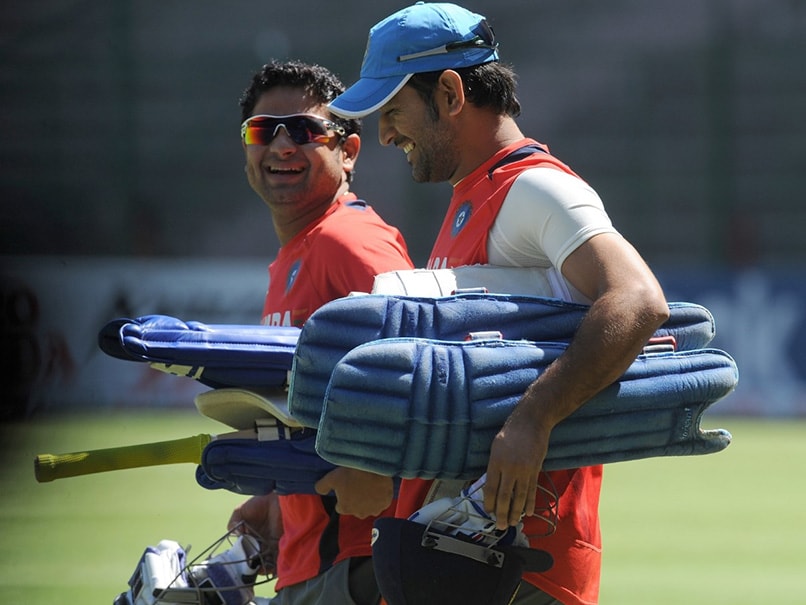 Piyush Chawla in a conversation with MS Dhoni. © AFP

Chennai Super Kings (CSK) head coach Stephen Fleming on Thursday said they rate seasoned leg-spinner Piyush Chawla very highly, adding England all-rounder Sam Curran has a great attitude after they roped in the pair at the Indian Premier League (IPL) auction in Kolkata. Chawla was roped in for a whopping Rs 6.75 crore by three-time champions CSK, making him the most expensive Indian buy so far. Chawla was not retained by Kolkata Knight Riders (KKR) despite him bowling more overs than chinaman India bowler Kuldeep Yadav.

“We rate him (Piyush) very highly. Captain has great relationship with him. He has proven that he is a quality leg-spinner. We always favour spin at our home ground which is spin dominant. A lot of spinners isn’t a bad thing,” Fleming said.

The MS Dhoni-led side saw off competition from Kings XI Punjab and acquired the services of the 2011 World Cup winner, who could be effective on slow tracks at the M.A. Chidambaram Stadium.

“We did not have a lot of money we had to be smart. Sam Curran has a great attitude to the game, he has done well against us in the past. He is playing well for England. He fits in nicely with (Dwayne) Bravo,” said former New Zealand captain Fleming.