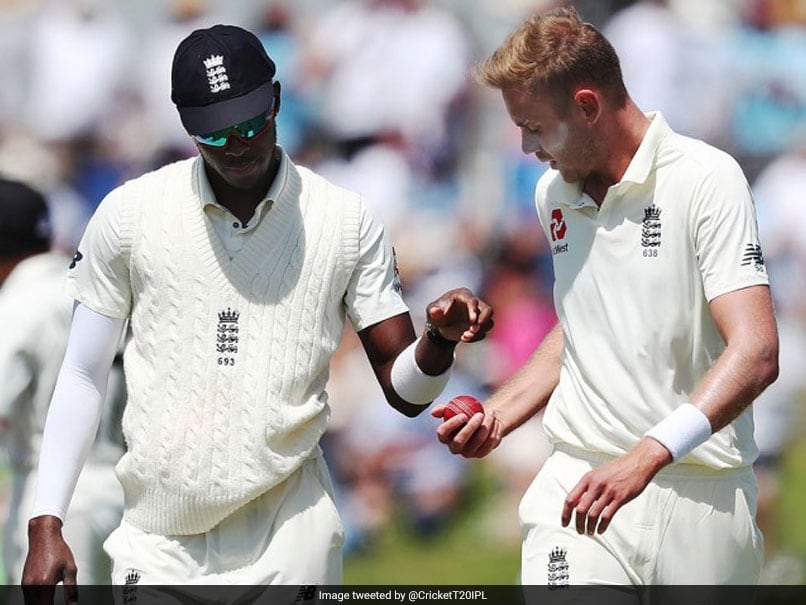 Jofra Archer and Stuart Broad are among the players that are struggling with illness. © Twitter

England’s three-day match against South Africa A, starting at Willowmoore Park on Friday, has been downgraded because of the illness of three England bowlers. Stuart Broad, Jofra Archer and Jack Leach are all struggling with illness. Cricket South Africa announced on Thursday that it had agreed to a request by England to change the match from a fixture with first-class status to a non-first-class friendly game. Any 11 players will be able to bat or bowl, which will enable the tourists to bring players in during the match, even if they are not fit enough to start.

England team media manager Danny Reuben said all three players started feeling flu-like symptoms two days ago and had progressively felt worse. All three stayed at the team hotel on Wednesday when England were in the field on the second day of a two-day match against a Cricket South Africa Invitation XI at Willowmoore Park.

“Two to three other members of the team and two members of the backroom staff felt unwell today with similar symptoms,” said Reuben. “We hope that within 48 to 72 hours we will see improvements in their health.”

Reuben thanked Cricket South Africa for their flexibility. “In normal circumstances we would have wanted to play the match first-class,” he said.

Friday’s match was due to be England’s only first-class fixture ahead of the first Test of a four-match World Test Championship series against South Africa, which starts at Centurion on December 26.